Displacement as a Local and International Issue
Looking the Other Way: The O'Rourke-Sanders Displacement and Clarence Thomas

Also are the accusations as to why are we mixing race with gentrification. As some White liberals in El Paso, "they have nothing to do with each other."

However, when displacement occurs at our front door and local White liberals are confronted with the racism of much of El Paso's urban renewal plans, how gentrification hurts the poor, and how there is still a White elite that seeks to keep Whites in power, all the talk by these White liberals of displacement disappears.

In the latter part of the last decade, the pushing the Downtown Plan, the events in Lomas de Poleo, and now in this decade Beto's Bridge (the Yarbrough Port-of-Entry)(see Collins), displacement is occurring in El Paso and Chihuahua. In fact, Sanders, O'Rourke, and the rest of the city council of that era are one of the most reviled in the social science literature when it comes to the study of eminent domain abuse. El Paso is frequently the prime example of this abuse in the academic literature.

The recent congressional race between O'Rourke and Silvestre Reyes, the issue of displacement has come up.

O'Rourke's father-in-law Bill Sanders, is the major instigators of displacement in the El Paso region, often using his son-in-law to push his agenda. Furthermore, with Reyes opposing a port of entry built through a neighborhood, Sander's and his crones need a replacement in the U.S. representative's office.

On a various occasions while on the El Paso City Council, O'Rourke recused himself from numerous votes because he had a conflict of interest with his father-in-law.

Yet, when it came to votes regarding the demolition of the Segundo Barrio for the benefit of his father-in-law, O'Rourke did not recuse himself. This occurred even after Mayor John Cook recommended he do so.

Displacement can occurs for many reasons, but most of the time, here in El Paso, or in other parts of the world, displacement is the forcing of communities and individuals out of their homes, often also their homelands, for the purpose of economic development.

The Supreme Court decision in Kelo v. New London the Court held in a 5–4 decision that the general benefits a community enjoyed from economic growth qualified such redevelopment plans as a permissible "public use" under the Takings Clause of the Fifth Amendment.

In March 2008, "A delegation of human rights observers including members of Amnesty International, the National Lawyers Guild and La Raza Centro Legal carry out a one week visit of Lomas del Poleo and the Segundo Barrio and come to the following conclusion:

The Takings Clause gave the federal government power to take land with just compensation. However, before the Supreme Court's decision in Kelo v. New London (2005), as early as the 1950s, the taking power was moving in a new direction. In the 1954 decision, Berman v. Parker, gave “urban renewal” a shot of steroids.

Before Berman, “private property could only be taken through eminent domain for public uses.”

However, the high court made changes in Berman that would bring a windfall to many White elites like O'Rourke and Sanders. Berman transformed the words “public use” as found in the U.S. Constitution to “public purpose.” This is saying that a government entity can “take” private land for not only for government use, but also for a third party's use.

So Berman was used throughout the 1950s and 1960s to remove so-called blight in many cities. But as often used in race studies, “blight removal” meant “negro removal” (Carpenter 3).

But Berman's decision was not just limited to “blighted” properties.

Even if your property was in good condition (not blighted) it can be taken by a government entity and transferred to a private entity (3). In Kelo v New London, the court held “that promoting economic development is a function of the government and provides a legitimate public purpose for private-to-private transfer of property” (Kelo).

The court was closely divided though and its harsh self-criticism came from two conservative justices, Sandra Day O'Connor and Clarence Thomas (Thomas).

The warning from these two conservative justices was that “expansion” of “public use” would have dire consequences for the “poor, minority and other historically disenfranchised an comparably powerless communities...”(See O'Connor and Thomas dissents).

In their study, “Victimizing the Vulnerable: The Demographics of Eminent Domain Abuse,” Dick M. Carpenter II and John K. Ross documented "184 areas targeted by eminent domain for private development and found that it was more likely that these areas and population of poor, ethnic minorities as well as whose “with lower levels of educational attainment” (1):

This population bears “not only an economic burden but also a socio-cultural one through the loss of social networks and support systems inherent in neighborhoods, small businesses and churches” (Ibid.)

O'Connor's words were a dire prediction. Bill Sanders presently has his money invested in  3 of the city council members. We have not looked into his influence in 2006-2008, but the record shows even without any substantial contribution to his son-in-law O'Rourke, Sander's influence was prominent (see Paso del Sur Barrio Under Siege Timeline).

O'Connor's words will come true as city council has/had the power to “transfer property from those with fewer resources to those with more” (see O'Connor's dissent).

Displacement as a Local Issues

For those White liberals who say there is no international issue in this election, I point to displacement.(see note 1)  And just when we thought Segundo Barrio was the end of it, Sanders has eyed the lower valley for a port of entry with the possibility of displacing thousands (see link to Verde Group properties in Cd. Juarez, listed under "Verde Bermudez" or "Bermudez": http://www.verderealty.com/property-search.php?prop=1; see Collins on O'Rourke support of a Yarbrough port of entry). 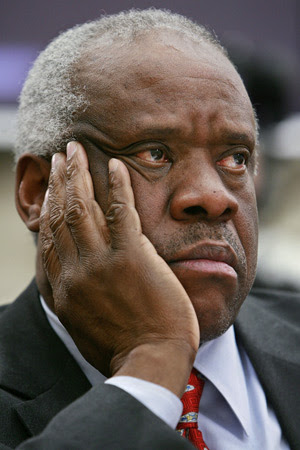 Carpenter, Dick M. and Ross, John K. Victimizing the Vulnerable: The Demographics of Eminent Domain. Institute of  Justice, June 2007. Downloadable at: http://www.ij.org/the-demographics-of-eminent-domain-abuse. A note, this study, like now countless studies in the social sciences uses El Paso's Downtown Plan as the best example of eminent domain abuse and abuse of public disclosure.

Collins, Daniel. City Council to debate bridge study. The Prospector. Posted Jan. 4, 2008. "While no official location has been selected for possible construction of a new bridge, the Yarbrough area has been most mentioned as a possible site." and "A location near Yarbrough, O'Rourke said, could be ideal for attracting manufacturing companies interested in doing business on both sides of the border and for it's proximity to the border highway."

Note 2. "The El Paso Metropolitan Planning Organization / Transportation Policy Board is the regional planning and programming agency responsible for working with residents, neighborhood groups, local, state and federal agencies, along with transportation providers in El Paso County, Texas, southern Dona Ana and Otero Counties in New Mexico." (see http://www.elpasompo.org/) The El Paso City Council appoints several city representatives to serve on this board. O'Rourke has hedged the issue about a port-of-entry (POE) at Yarbrough although he has gone on record supporting one. Before O'Rourke and Sanders became involved in this issues, the proposed site was south of the Zaragoza bridge, but this soon changed due to Sander's interests as well as interests from developers in the Butterfield Trail Industrial Park. O'Rourke has hedged this issues by passing the buck to the decision of the MPO and other entities which he was part and will not go on the record opposing a port of entry through a neighborhood. POE are hotspots for pollution, high levels of carbon monoxide, particle matter, and air toxics and a new POE at Yarbrough Drive has the potential to raze churches, schools, and lower valley landmarks. Ysleta Pre-K is less then 2000 feet from the border and 6 schools are near the proposed POE with 2,922 students. For this reason the Ysleta Indpendent School District has gone on record against this port of entry passing a resolution in 2009. Furthermore, whether intended or not, there is the possibility of increase wear and tear, stop-and-go traffic, pollution on Yarbrough Drive and to make potential to make Yarbrough Dr. into a highway with overpasses similar to what occurred in Chamizal (see El Paso Times Chamizal neighborhood residents upset over commercial truck traffic). As shown above, the  Metropolitan Planning Organization has already published maps to make Yarbrough Dr. a truck route to connect proposed POE to Butterfield Trail warehouses via Global Reach. · A truck bypass is already being constructed on the Mexican side opposite Yarbrough Dr. · City of El Paso Revitalization Strategies and  Weed & Seed for Chamizal and Segundo Barrio blame numerous problems in the neighborhood to its proximity to the POE at the Bridge of the Americas.

Are You Following the Downtown SCAM Timeline?

LEARN MORE: CHECK OUT THESE PAGES